Microaggressions in the Workplace: What They Are and How to Deal With Them 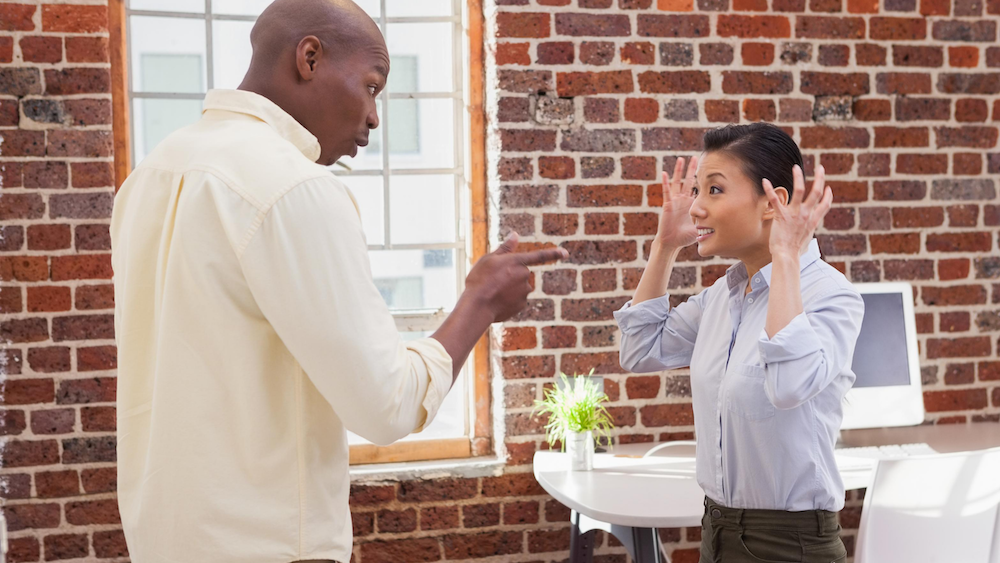 Through globalization, we have created a society where a diverse group of individuals come together within a workplace. This is a good thing as diversity often results in better decisions and more creative solutions. However, there are nuances that come with this radical change. More often than not, people of color and those who are in the marginalized groups of society are subjected to intentional or unintentional verbal, behavioural and environmental insults because of their ethnicity, race, religion, sexual orientation or disability.

So, what can be done about it?

Starting an honest and open conversation about it is one small but all-important step. So this month, Rise and Lead Women dove a little deeper into it. Microaggression was the topic of discussion at our Livestream a couple of weeks ago. The show was facilitated by its founder, Ebere Akadiri, and she was joined by the following esteemed guest panelists:

Microaggressions are interactions or behaviours that convey subtle, intentional — and oftentimes unintentional — biases towards marginalized groups.

There is a huge difference between microaggression and full-blown racism. According to Forbes.com, “The ‘micro’ in microaggression refers to person-to-person interactions, while ‘macro’ refers to systemic racism. Systemic racism includes social structure and institutions. In microaggression, the one committing it may not even realize that they did it”. For example, commenting to a person of color that they are well-spoken, very articulate, and converse with no accent will most likely offend the person if that person was born, raised, and actually lives in the US.

Adiya Mobley shared the fact that microaggressions show up in many different ways and one of those ways is color blindness — the denial or erasure of someone’s racial background and ethnic experiences. Such action is not only a dismissal of other people’s color but most of all, a dismissal of their identity and humanity.

Giralda Chiverton emphasized that a microaggressive behavior, as described in the beginning of this article, is not just tied to race; it can be because you’re a woman, you’re from somewhere else, etc. It can be just little comments that are stereotypical and said in humour, but are definitely not funny.

Andrea Garr-Barnes spoke about the following three subcategories of microaggressions:

Ebere Akadiri remarked that despite huge progress in inclusion and equity in workplaces these days, many organizations don’t have people of color, especially black people, in their diverse team. And when they do, they don’t retain them or people don’t stay for a long time. Thanks to microaggression! According to a study conducted by McKinsey & Company, women of color, especially those of African American descent, experience more microaggression compared to most races.

Obviously, a person won’t last long in an environment where there are constant offensive barbs, jokes, and teasing directed at them because of their ethnicity, race, religion, sexual orientation, or disability.

Microaggressions can negatively affect a person’s job fulfillment (which usually results in poor job performance), self esteem, health, and overall quality of life.

Therefore, an organization that’s truly committed to diversity and inclusion should not tolerate microaggressive behaviors and should address this issue amongst racially diverse members.

How to Deal with Microaggression?

Everybody needs to play a part.

The privileged white people often do not realize that they are actually offending the minority and most minorities would often keep silent when they are offended. This is quite problematic and both sides should be part of the solution.

For the white people, they need to open up to some discomfort to accommodate the preferences of the minorities. For example, certain hairstyles are driven by cultural identity, yet most white people may think it is inappropriate for the workplace. Things like this need to change.

For the minorities, they need to speak up for themselves and others whenever they feel uncomfortable. However, they need to gauge the person and the situation properly; is it appropriate to call out their microaggression? You also need to realize that you are deserving of respect. Don’t stop at calling out microaggression, calmly explain why you think someone is guilty of committing it and offer ways to resolve the tension.

According to Ebere Akadiri, it is important to build relationships with both people of color and white people because when people are in a relationship, they are able to speak their mind with no reservation, but in a loving manner. They can express their feelings of pain without condemning the person who unknowingly caused it, without the other person taking offence, and both can start working together to completely accept each other.

Adiya Mobley underscored the importance of showing up confidently and knowing that you are worthy of respect. She also emphasized that one should offer solutions instead of always being on the side of victimhood. This allows productive conversations to happen because in most cases, the person committing the microaggression doesn’t know they’re committing it.

Also, “people should pick their battles because not everything is worth responding to”. That’s Giralda Chiverton’s take on it and we agree! Is it more harm than it’s worth? Do you need to respond now, later or can you let it go?

Andrea Garr-Barnes added that it’s important to assess the situation — the risks and outcome when navigating a response towards microaggression. Reporting it to the relevant and right people in the organization also helps, especially if you come with facts.

How to Advocate for the Marginalized Group

The best way to help end microaggression is to do your part in being a strong and reliable ally. But how can you become one?

First and foremost is to educate yourself and then educate your community on the privileges that you enjoy, in order to have a better understanding of the situation and the viewpoint of members of marginalized groups.

Continue listening. Lean into your discomfort. Recognize other opinions and viewpoints and figure out why some actions, words, gestures or references, are offensive. Of course, we can all still disagree,  but let’s do it in a respectful and loving manner.

Most of all, speak for the marginalized communities and do it proudly. It’s not enough to say, “what they did or said to you was discriminatory”. Take action — call out the person with the microaggressive behavior.

Finally, for business organizations and corporate environments, Andrea Garr-Barnes summed it up beautifully this way:

“To prevent microaggression is not the responsibility of blacks, women, indigenous people, people of color. It is the responsibility of the workplace. Let’s include the training and the professional development in ongoing human resources programs. It should not just be something that just happens when it’s a Black History Month, or when we’re celebrating Martin Luther King’s Day. It should be ongoing, part of onboarding, and should be happening on a regular basis”.

As a society, we still have a long way to go to end or even just to minimize microaggressions, but we believe that having dialogues like what we do here at Rise and Lead is a good start and can lead to action. Click here to listen, watch, and join in the conversation.

This is the 2nd of the 3 part series of Rise and Lead Beyond Diversity Live Series to learn how to navigate the conversation around race and equity at work.
Check out Part 1 here.
Check out Part 3 here. 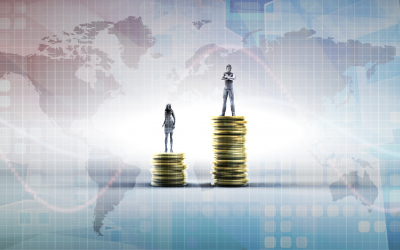 In order to draw attention to the gender pay gap, many nations throughout the world have organized Equal Pay Days. Far from being a time to celebrate, Equal Pay Day shows how far into a new year a woman must work to earn what men were paid the previous year. For many...

END_OF_DOCUMENT_TOKEN_TO_BE_REPLACED

Importance of Sponsorship and Mentorship with Cristina Falcone

Cristina Falcone, Vice President of Public Affairs at UPS Europe joins us on the Rise To Leadership Podcast. In this conversation, Cristina shares the importance of mentorship and Sponsorship in climbing the leadership ladder. Cristina, who says she received much...

END_OF_DOCUMENT_TOKEN_TO_BE_REPLACED 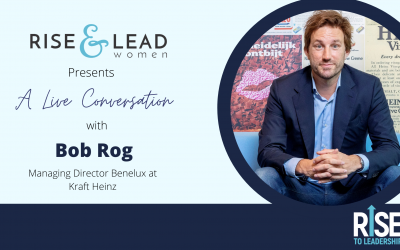 Our conversation with Bob Rog, Managing Director Benelux at The Kraft Heinz Company, is now on Spotify and Apple podcast. Bob Rog is responsible for all commercial company activities within the Netherlands, Belgium, and Luxemburg. Within Kraft Heinz, he is a...