Building A Culture of Authenticity 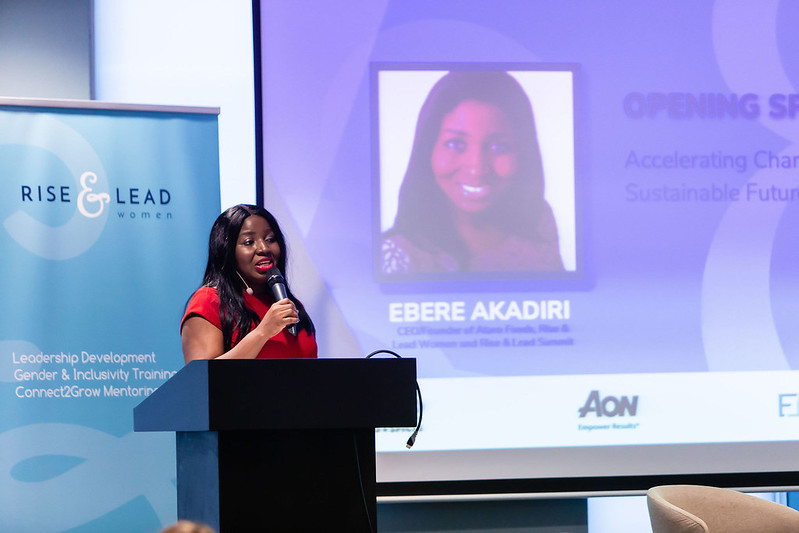 During the last #Rise&LeadSummit, I spoke about the fact that I’m a student of leadership. After the Summit, a friend who has known me for a while called to tell me that I should stop calling myself a student as she believes that I’m an experienced leader. Over the past 20 years of building and leading businesses and communities, I have learned a thing or two about leadership. One of the most important lessons I’ve learned is that great leaders are great learners. You never stop learning – so I can’t stop being a student of leadership.

When I created my first business called Catwalk and Styles, a female clothing business, I had no clue about how to lead others except what I learnt from my bosses in the corporate world. I was an executive assistant to the decision maker in charge of the local operation in a company that was so masculine. I learnt how to work hard and demanded that everyone else work hard. So, my first lesson of leadership was that leaders show by doing. Leaders set the pace of the culture of the entire organization. I still remember working from 6am to 11.30 pm every day because my boss needed to leave before me which never happened. You may think we were the only ones left in the entire office. Far from it, all the managers worked until very late but I was maybe one of the few admin team that was left in the building. I was trying to be supportive to my boss in any way I could. He was always under pressure to meet deadlines and he put the same pressure on everyone who reported to him. This is why I often empathise with bosses – the pressure they put on their team is not directly coming from them but coming from another level which the team don’t even see.

I knew I was not going to work for that company for a long time – at least not as a mother or a married woman. However, I left with the values and the culture I was exposed to as it was my first real job. I used those same values of hard work and excellence to run my second business, a restaurant. Looking back today, I would run the same restaurant differently and I believe I would still be able to produce amazing results.

The way I see leadership now is different – and I believe that there are 5 critical steps in shaping the culture that allows people to be themselves and succeed rather than being unconsciously forced to model their leader to the detriment of their own values.

1. Create a culture where everyone is allowed to express themselves freely.

Sometimes we wonder why there are so few female CEOs. From my experience, most operationally focused companies work under immense pressure to meet deadlines. These companies have operated this way for years. Promotion has been based on playing the hard work game or be seen as being willing to do what is required under immense pressure – even if it means sleeping on the office floor for an hour to get the job done. As women, who are often also mothers, we tend to go home early to take care of those who are important to us – our family. In companies where quantity is valued over quality, your fate has been decided before you even get to the middle management positions. However, I believe we can still achieve great results without sleeping on the office floor. Therefore, if companies want to make room to accommodate more women leaders, they should look at their all or nothing culture. I believe that the determinant of good business results is not about the length of time you work but the quality of work you put in.

2. Create a culture where people can share their jobs and responsibilities

Task delegation is an important aspect of leadership. Leaders can recognize and pinpoint which team members will be best for which tasks, in order to complete a project in the most effective and efficient way. However, constantly assigning team members to just one specific task can limit their growth and potential. Open up conversation among your team when it comes to jobs and responsibilities so you don’t end up overlooking burgeoning talents.

3. Create a culture where people show up as who they are and not who you want them to be

The value of diversity in an organization is that it can offer new perspectives, opinions and ideas from people of different backgrounds. Leaders will never discover the value of a diverse workforce if they don’t allow these voices to be heard. Build a culture that lets your employees know that their insights are welcomed and valued. As a leader, don’t just wait for team members to approach you. Be proactive in asking them, whether it be in a team meeting or one-on-one discussions.

4. Create a culture where people can openly discuss their disappointments without being judged

For decades we’ve long believed that workplaces are not the space for individual emotions, that to be a professional you need to just get on with your work and bottle up your pain. But professionals are also humans and we need to acknowledge their discomfort and pain are valid, especially if it stems from their work. The workplace should be a safe space where employees can express if they’re uncomfortable with a task or a situation, without fearing backlash.

5. Create a culture where everyone is empowered to make the right decision

Leaders need to impart on their team members that you believe in their skills and talents. Teach them to trust in their ability to make the right decision in their roles. This can be done by small adjustments in managing tasks. For example, instead of telling a team member how to do their task, ask them what they think is the best approach and what method is best for them in completing their task, and providing suggestions and feedback if necessary.

At Rise and Lead, we hold several events focused on leadership development and gender equity. If you would like to get access to our content-rich resources and leadership conversations, we’ve got great news for you. We will be launching the Virtual Rise and Lead Community Membership in January 2020 that allows you access to our video vault of past event keynote speeches, panel conversations and workshops and more!

Subscribe to our newsletter to get updates on the Rise and Lead Community Membership and other future events.

Finance Expert Marguerite Soeteman-Reijnen on Negotiating, The Pay Gap and Women in Leadership

At the last Rise & Lead Summit 2019, participants had the chance to experience and learn from a renowned female expert in the insurance and broking industry, Marguerite Soeteman-Reijnen. Her Keynote Speech was focusing on achieving financial well-being for all....

END_OF_DOCUMENT_TOKEN_TO_BE_REPLACED

We All Long for A Sense of Belonging

However, some workplace cultures are not inclusive. This problem causes organisations to lose out on valuable contributions from people who don't feel included. Research and anecdotal evidence has shown that companies which invest in a diverse workforce produce better...

END_OF_DOCUMENT_TOKEN_TO_BE_REPLACED 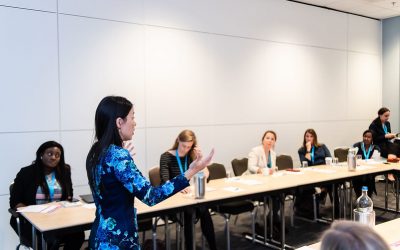 Seven Tips for Pitching Your Business to Investors

On any given day, investors and venture capitalists hear numerous pitches from a variety of startups and young entrepreneurs hoping to get the funding they need to launch their ideas or expand their business.  You may have an ingenious idea that can change the game in...